Updates and a garden gnome

It has been a long time. A very, very long time. There is a reason for this...

Nothing's been happening on the house front. And there's also a reason for THAT...

Last time I left off, we had adopted a stray pit bull-- Robin-- who has some fear issues. In March last year, we had to let our sweet Simon go. His arthritis and dementia had got the best of him, but he was happy until the end. We had him cremated, and he still watches over us from the mantle. 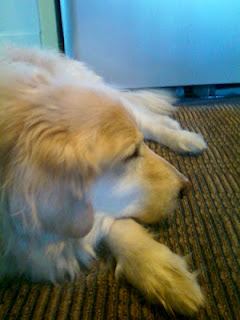 Our porch kitty contracted histoplasmosis and had to be put on a feeding tube for 4 months.

Adam also bought a liquor store, and so we've been pretty involved in getting that moved to its new location and off the ground.

I started working on the fear issues (clicker training) with Robin, which took up a lot of time. 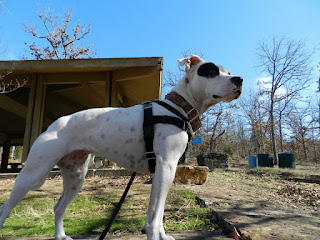 Then I started competing with River in rally obedience. She has her novice title and we're one leg away from Advanced. 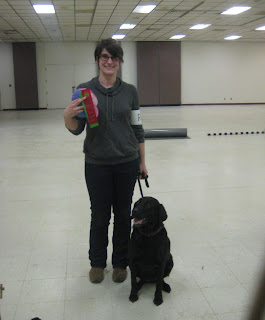 Then around July, we found another dumped pup-- only a few months old. We took her in, too, under a full moon, and named her Luna. 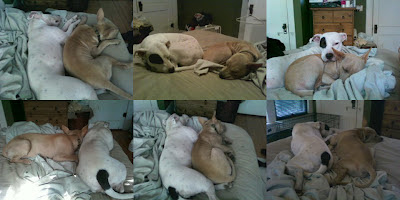 I really did not want another dog. At all. Certainly not a puppy. But she stayed. And to help me develop a better bond with her and to work on her resource guarding tendencies, I started training pretty vigilantly with her, as well as competing. She now has her rally novice title. And she and Robin have mastered the art of tandem snuggling.

We feed raw now, so I spend a good chunk of time prepping and portioning raw chicken, beef, pork, and organs for the pups.

Somewhere in all this, the trainer we work with asked me to start assisting in her classes, which was super exciting for me! So I've been assisting in puppy classes, going to conferences and workshops, training my own dogs, and learning as much as I possibly can about what I'm doing. I love it so much. Even on the days that I'm tired and would rather stay home, I'm always glad I went, always come away feeling good about what I do. I just love it.

However, this weekend, I learned something. I've been in a rut (that is *not* what I learned), and part of that is the fact that I'd become so singularly focused. I needed to focus on something not dog related. And I had no motivation-- so I had to just DO it. Just get up, put on my big girl pants and DO IT. The motivation came once I got started.

And boy did it ever.

While I was driving by Home Depot Sunday morning, I got a wild hair to plant things. By the end of the day, I had planted 3 planters or coleus, caladiums, and Persian Shield; a hanging basket of petunias and one of pink mandevilla; red and orange bell peppers; basil; and bought a mature tomato plant (hey-- I'm lazy and impatient, what can I say). The heat of the last 2 summers has wreaked havoc on the gold dust plants that aren't heavily shaded, so they are mostly dead. I pulled out and cut away all of the dead parts (and was reminded that I still had paint to touch up behind the bushes, not to mention all the trim). I mulched under the bushes and weeded and mulched around my hostas. And I cleaned the porch. Luna tangled herself in her line; River supervised. 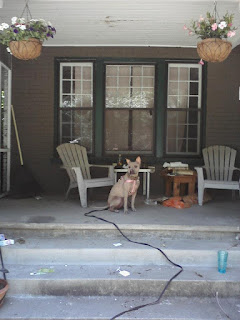 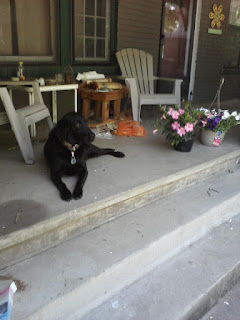 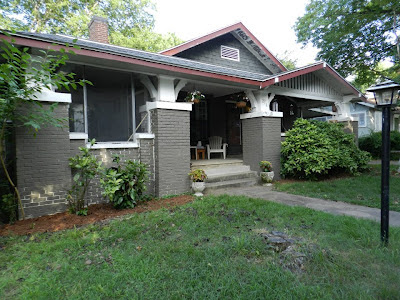 Monday I tackled my back patio and did some deep-cleaning type things in our kitchen. All in all, it was a good weekend. I feel more motivated to get some housework done. We still have a lot of work to do, but I feel refreshed, if a bit achy. And happy, despite the straggly bushes and the long list of crap left to do.

Our Garden Gnome is happy, too. he'd been hidden under leaves and ivy for far too long.