Well, it's been almost 2 years since the hail storm. That's how long the insurance company gave us to get things finished. We're still not done, so that means a whirlwind of work should be gearing up!

During the last couple of weekends, Adam has been working on a few things. I did my part today. First of all, Adam cut a threshold for the entrance between the kitchen and laundry rooms. I cannot believe I neglected to get a before picture. The closest thing I can find is this--a blurry crop from an even blurrier photo of the oven: 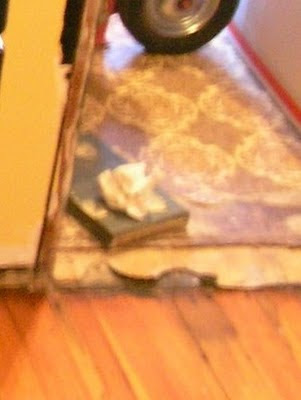 So Adam built a threshold out of pine: 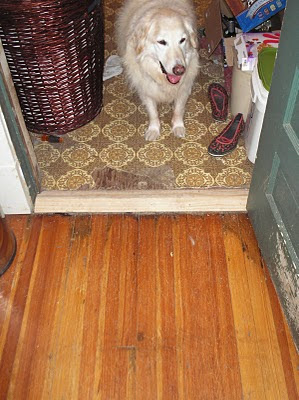 Simon decided to pose with the wood...

Today, I shellacked it. 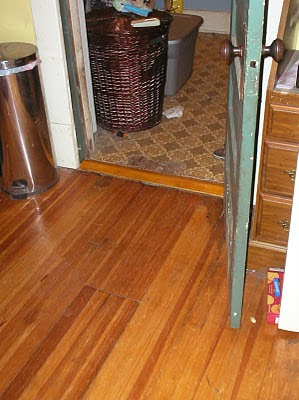 It's nothing special, but it'll get the job done until we have the time and money to replace the laundry room floor.

Next, we dealt with the broom closet. Before, it was too short and didn't reach the ceiling. 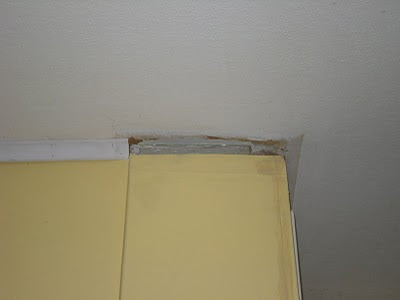 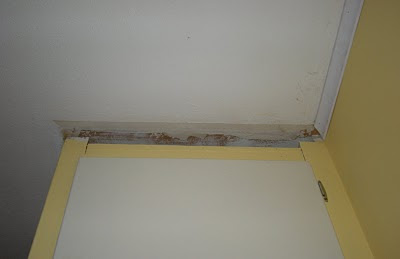 On one side, we added a little strip of wood: 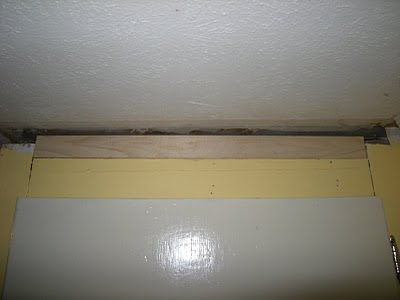 And Adam put the crown trim back up...however, it doesn't really fit. the ceiling slopes, the closet slopes more, and to top it off, the cabinet also bows out. 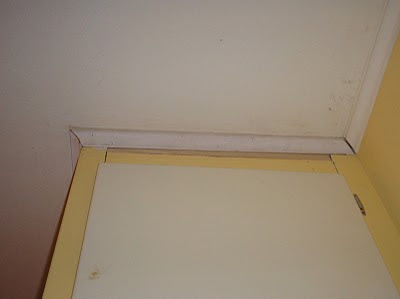 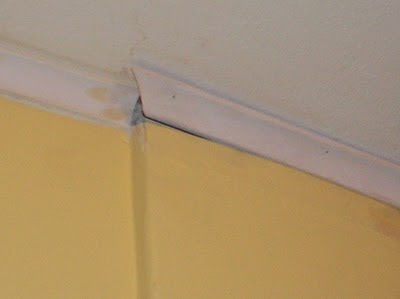 It was my job to do a little creative caulking: 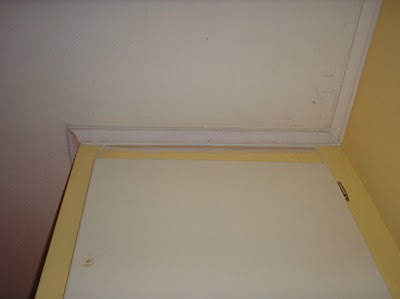 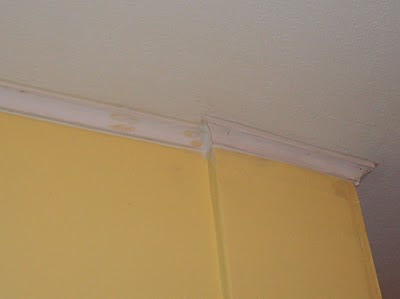 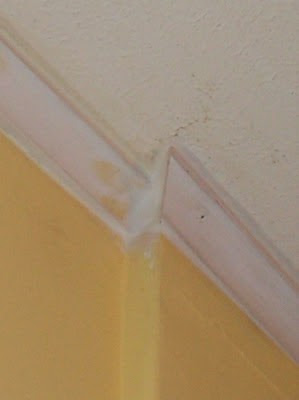 The splotches are due to wood filler-- I still have to paint pretty much all the trim in the house, starting with that ugly green door in the threshold pic above.

I also worked on cleaning up the patio in anticipation of nice weather to come. I'm ready to be done with the snow, to be honest. Our last big bout of snow and ice was certainly pretty and gave Adam a chance to use his new camera... 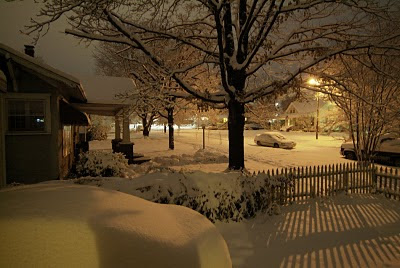 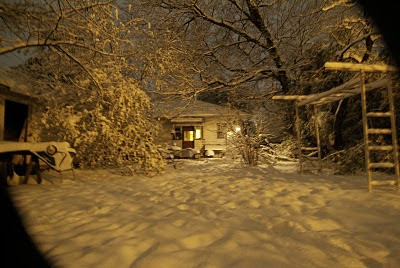 ...and the puppies definitely had a great time romping in it. 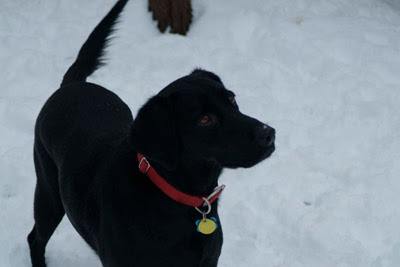 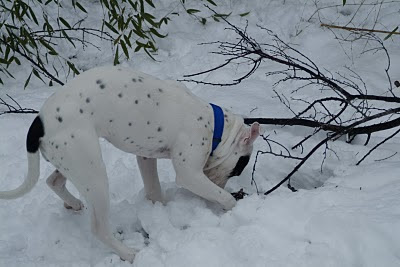 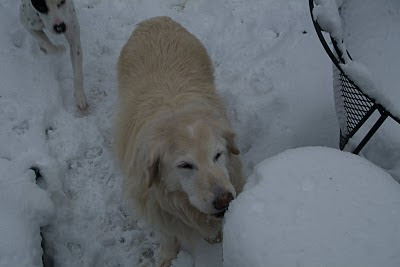 You may be wondering who the little black and white piebald pup is. Meet Robin: 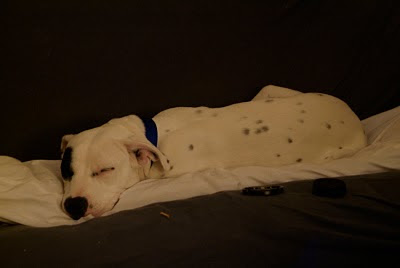 It's a long story; however, the long and short is, we weren't seeking out another dog, but she is a sweetie and is sticking around. Unfortunately, she went into heat pretty much immediately, so she's been a diaper dog and Simon has been a hot mess. She's only about a year old, and I'd guess this was her first heat. We'll be taking care of that ASAP.

And that's about it. Not much else to report around here. It's a long post, but I'm hopeful that the future holds lots of shorter posts with lots and lots of progress. In the next day or so, I'll post some new ideas for painting the house and soon thereafter, my trials and tribulations trying to match the texture on our ceiling.